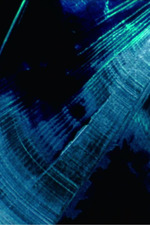 Drinking cheap sauvignon blanc from a very cheap plastic glass, all I wanted for tonight was relaxation. We are panicked from the virus. Will school be cancelled before, or after everyone gets infected? How will we get groceries the next two weeks since everyone is hoarding as if the supply chain for food is nearing collapse? (It is not). More troubling, some of the most important people in my life are immuno-compromised and could easily die from the virus. Will my mom, recently diagnosed with cancer, be able to proceed with her surgery in two weeks? What about my HIV+ friend whose immune system has been deteriorating for years? There are also broader concerns about whether the administration is competent enough to handle the coming outbreak All these worries, and the usual insecurities about roommates who cringe at me and bosses who are disappointed in me, and etc. etc. etc., and I am ready for a nice, relaxing, distracting evening.

Seasons... refused to comply. Crafted together by Stan Brakhage and Phil Solomon, two of the greatest experimental filmmakers of all time, this silent short film uses scrapes and cuts into the film print itself. "Brakhage's film loops are transformed by Solomon's lighting and printing into a prismatic flush of color," an prefatory slide tells us. Without knowing quite the difference between film emulsions and optical printing, the distinct contribution of each artist is blurred into a technically unitive work.

Despite the film's unpredictability and its highly abstract nature, I could discern the slightest traces of linearity in the first half before the film gives way to outright plot. This is an eschatological work, a work of movement through a history itself imbued with meaning. There is no stasis, there is no garden, only the progression and permutation of life as a moving picture.

Where is there greater impressionism? Where is there fuller presence? What else, besides A Hidden Life, has caused me to so live here, live now? Chaotic energy suspends the viewer's normal analytical frame and induces a state of raw visuality. What began as the intensification of March 12th, 2020's anxieties slowly forced those same anxieties to externalize onto the film, and as the film changed, be washed away, over-exposed into the eternal light. I did not analyze this film while watching it. It hallowed out my interiority and placed me into an experience, rather than an analysis, of the film. There is no content but the experience it creates. There is only form, and the reformation of the viewer who engages it.