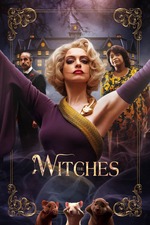 One thing that Roald Dahl hated more than children are film adaptations derived from his work, and honestly, who can blame him if this is the end result. The Witches is a family comedy film, based on Dahl’s 1983 classic of the same name, that tells the story of a seven-year-old boy and his misadventures while running with a group of real life witches. The unconventional reimagining of the film was clearly shown by tweaking the setting, narrative, period, and theme, but what the remake tried to innovate was also the reason of its downfall, as every novel thing presented seemed to be either stiff or underdeveloped. The film failed to resonate with its audience by establishing an erratic storyline and forming characters with no emotional strings for the viewers to cling to; the film felt it just came and went for the entirety of its runtime. The film focused more on the CGI that it felt excessive and forgot to focus on the more important things, like a cohesive character and storyline building. Anne Hathaway and Octavia Spencer performed great but not even they can save the film from being a forgettable, disappointment of a remake that got lucky, as Dahl is not here to say how utterly appalling it is. Not really recommending to anyone and its best to just read Dahl’s novel or watch the 1990 film instead.