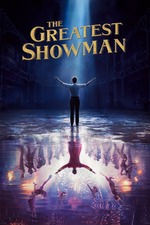 The backlash for The Greatest Showman is so overblown that it astounds me. I've seen so many negative reviews for it's revisionist history solely due to the fact that PT Barnum was actually quite an awful person in real life and isn't in the movie. While I can't argue against that point I can say:

- Commodus was a well liked ruler that actually led his people for over a decade and did not die in the arena. Gladiator won 5 Academy Awards.

- William Wallace and King Edward did not die at the same time. Isabella was 13 at the time of Wallace's death and had not even married Edward yet. They somehow left out a bridge in the film during The Battle of Sterling Bridge. Braveheart won 5 Academy Awards.

- Pocahontas was 10 during the actual events of the movie. She then later was captured, married a different man, changed her name to Rebecca, became a Christian, and then died at the age of 21. Well that's not the beloved Disney movie I grew up with...

The Greatest Showman is a wonderful and addicting film filled with nonstop hit after hit. The soundtrack for this movie has been on repeat for the past 2 days and is the most I've listened to a soundtrack since the first time I watched Sing Street. Not only does the music hit it's mark but there are numerous wonderful performances from people like Hugh Jackmon, Zac Efron, and my personal standout from the movie Zendaya.

It's been awhile since I've seen a film be so subtle one moment yet in your face the next. The moral of giving hope and inspiration is not lost in the film and you will honestly come out just wanting to be a better person. This might have been one of my biggest surprises of a year filled with wonderful films and I hope people can look past the hate it's been getting and see it for what it's meant to be.