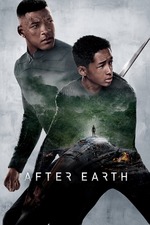 Halle Berry • a promiscuous, alcoholic wife whose husband was given the death penalty for being a murderer.

Mo'Nique • a welfare queen who beats and molests her own daughter. Mo'Nique despises her daughter Precious for "stealing her man" by "letting him" abuse her, and for eventually "making him leave." Precious was raped by her now-absent father, Carl, resulting in two pregnancies.

Lupita Nyong'o • a vulnerable and desperate slave that is repeatedly raped and abused by her master.

All these actors got Oscar Awards for 'stereotypical' roles of African Americans.

It was an excellent movie, it just didn't fit the narrative of irresponsible, loser black fathers abandoning their sons. This was the opposite....so white liberal critics hate it. "