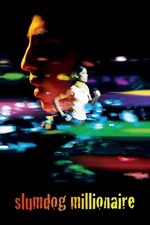 Terrible adaptation of one of my favorite books by Vikas Swarup.

Poverty voyeurism: Hordes of Pepsi-sipping, popcorn-munching, affluent Western audiences are entertained by a spectacle of India's poor struggling for survival in the slums of Mumbai.

Even the title of the movie is racist.

"Say an Indian director travelled to New Orleans for a few months to film a movie about Jamal Martin, an impoverished African American who lost his home in Hurricane Katrina, who once had a promising basketball career, but who -- following a drive-by shooting -- now walks with a permanent limp, whose father is in jail for selling drugs, whose mother is addicted to crack cocaine, whose younger sister was killed by gang-violence, whose brother was arrested by corrupt cops, whose first born child has sickle cell anaemia, and so on. The movie would be widely panned and laughed out of theatres."