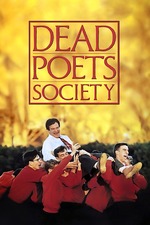 Oh yeah, I watched this again before all the memeing.

I was scared to rewatch this because the first time I watched it I was in a very fragile place and this movie just came out of nowhere and started slamming me in the gut just over and over. It was the movie that captured me at that point in my life, and no other film has left me as, well, shaken as I was after I watched it.

I don't know if I ever said this, but Robin Williams is my favorite actor. And previously, I thought Good Will Hunting would be the Robin Williams movie that ripped out my heart the most, but I was SOOOOOOOO wrong.

Anyway, I'd been avoiding watching this for about a year now, because I was scared it wouldn't hold up.

It did. But maybe it's also because I'm once again emotionally fucked. (You read the Suspiria review I've just been a fucking mess)

The thing is, I don't know if I ever WON'T be this way watching this movie. Like yeah, there's also a bunch of shit going on in my life and it's annoying and I'm insecure or whatever but...the movie just brings it out of me.

Which is a good thing, I would add. I always bottle everything up because I don't really know how to release my feelings, but when something knows how to just make me bawl, I cling to it. Usually (for me anyways), it's music that causes this, but every once and awhile a film comes along that makes me want to curl up into a little ball and die.

But back to the real point here (which I can forgive you for not really getting because this is an unstructured mess of a review and at this point it seems like I'm just using Letterboxd for therapy), I may have only watched this movie at two rough times in my life, but even at the times life is better, this movie is still going to make me feel this way. The pain never goes away. Maybe I can distract myself and maybe life will give me enough to not need to think about it, but the memories still stay.

There's a scene near the end of Steve Jobs where he's sitting at his desk realizing how bad a father he has been and every time he blinks he sees a memory of her as a child and he just feels so..regretful.

Why is one of my less miserable reviews the one of Synecdoche, New York who even am I

Anyway. I noticed I gained a lot of followers after my Suspiria review. That really meant a lot to me, and it made me feel like people care. Most of my reviews are going to be garbage like this though, and I'm sorry about that. I swear eventually I'll stop ranting about my emotions and actually talk about a movie for once in my goddamned life but..I have a lot of stuff to get out and some movies just make me start saying whatever the hell is on my mind.

I'm sorry. I'll write a real review for Lost in Translation after I see it again.