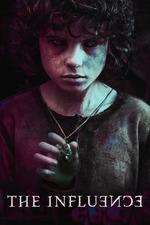 Here we have another conventional Netflix horror film that does the exact same thing that all of the other ones do. It manages to botch its premise, while giving us nothing to latch onto. My biggest positive here is the fact that they do nail some of the imagery. Horrific imagery is important in something like this, especially when it continues to lean on genre tropes. I can’t sit here and blame these filmmakers for every issue. They are clearly limited by their budget, and the fact that it doesn’t have a lot to give (that is different from what we have seen before). It is a Spanish film so certain things standout as “different” but I would not classify them as good. The delivery is off in moments, the story feels like an off-brand Hereditary (with none of the artistic goodness) and the look of the film is bland. It’s not necessarily horribly shot but the lack of any color (except for a few sweet shots) doesn’t help its case.

It’s just a bland film. It brings little emotion and you just don’t care, until they begin to shoehorn in flashbacks to (finally) give you something with these characters. There is a haunting scene involving a little girl going a bit crazy. It’s tough witnessing what she ended up doing but I can’t say it wasn’t thrilling. It’s your typical, “oh the kids are being possessed because of the grandparents” film, with little room to standout. This could be because of the recent release of Hereditary, but even then, it strays far enough away from that to not be too obvious. I’m clearly not the huge horror fan that this movie is intended for, but I just require more, especially after being spoiled with so many brilliant scary movies over the past few years. The boredom was real during the third act, and while it did turn up the entertainment factor a bit towards the end, it was too late by that point.

Jay and Silent Bob Strike Back