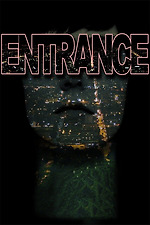 Imagine Twentynine Palms, but far less well directed, and you might have in mind an accurate picture of Entrance. Offering the same relentless slow-build pacing as Bruno Dumont's film, it's a movie that deals with urban issues of paranoia and insecurity, its protagonist's constant fears of her surroundings never quite clear as justified or not. As meticulously mounted as it is, Entrance is far too focused on pacing to ever make anything of its central character: we learn little of this woman or why we should care about her, which makes it difficult to do so come the film's finale. Five minutes of solid tension does not a fine film make, and the eighty of tedium render Entrance an unbalanced bore.