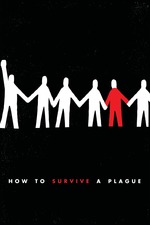 Comparable above all to last year’s emotionally wrenching We Were Here, How to Survive a Plague shares that film’s focus on the AIDS-inflicted gay community’s DIY efforts toward curing the epidemic, left as they were without the support of government or—for the most part—wider society. Divergent in his focus particularly upon the bureaucratic aspects of the campaign and the community’s own underground drug testing, director David France perhaps loses the directly personal resonance of We Were Here yet finds an emotional relativity all of his own in the valiant tales of those determined to do what they could in the face of homophobic cultural sentiment. Rightly praised aplenty as one of the year’s most powerful and important works of documentary film, How to Survive a Plague speaks out for those who no longer can, its intermittent death toll gradually rising along with the frustrations and furies sure to be raised in every viewer.