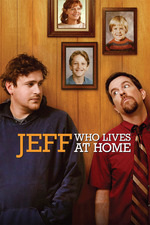 One of two features from Mark and Jay Duplass to see release in 2012—the other, The Do-Deca-Pentathlon, is also released on demand this week (see below)—Jeff, Who Lives at Home unites Jason Segel and Ed Helms as brothers: the former is the eponymous, Signs-obsessed slacker; the latter is the hard-working newlywed long disparaged with his freeloading sibling’s antics. Playing off a script delicately poised between silly comedy and genuine—if slightly strained—drama, Helms and Segel work wonders together, as too does Susan Sarandon as the pair’s mother. The increasing oddity of the narrative, chiefly structured around an investigation into Helm’s wife’s apparent affair, never stands in the way of its probing investigations of these characters; for all the abstractions of its overwrought thematic yearnings and some ineffective humour, Jeff, Who Lives at Home is an honest look at the family dynamic, a witty and warming take on love in all its many forms.