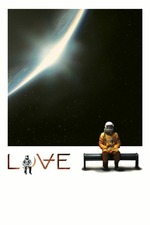 Intended as a short accompaniment to the music of Angels & Airwaves (don't worry, I'd not heard of them either), Love was expanded by writer/director William Eubank to a full feature eventually. A beautifully shot, thematically dense piece of science fiction, it's hampered by one massive issue: I've seen it before, only last time it was called 2001. Eubank's "channelling" of Kubrick is so audacious I wondered if I wasn't dreaming; the ending in particular is so identical to that 1968 masterpiece that I just couldn't believe my eyes. It's a well made work that points to the many talents of all involved, totally let down by what can only be described as blatant plagiarism.