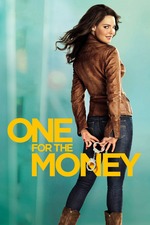 The first big screen outing of Janet Evanovich’s popular bounty hunter Stephanie Plum, now the star of some twenty novels, One for the Money explores the character’s introduction to her unusual profession, her desperate financial worries leading her to take whatever job she can find. Presumably aiming to lay the groundwork for a potentially lucrative female-helmed action franchise, One for the Money abandons all potential in favour of (predominantly unfunny) comedy, Stephanie routinely failing at all turns and having to be rescued from sticky situations by, of course, a man. Lazily scripted and hammily acted, what might have been a strong heroine rapidly becomes a sordid joke, Heigl doing her best to retain the character’s dignity amidst a nonsensical plot complete with abhorrently flat romantic interest. Many criticised Haywire’s Gina Carano for a lacklustre performance: at least she existed as a strong, self-sufficient character; beside Heigl, she fast becomes a female Rambo.