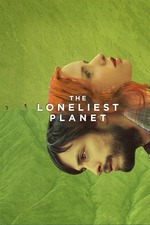 Situating her engaged protagonists in the vast wilds of rural Georgia, writer/director Julia Loktev reduces their relationship to its basest elements in The Loneliest Planet, a beautifully composed and impeccably paced examination of the fears and insecurities of commitment. Gael Garcia Bernal and Hani Furstenberg craft beterrn them a couple both vibrant and understated, their love unquestioned until a subtle but striking midpoint development turns everything that came before entirely on its head. Loktev's direction is by far her strongest suit, the jaw-dropping panoramic shots she composes with her characters sketched as only infinitesimal dots, barely discernible enshrouded by the vastness of the natural world, communicating visually the growing distance between them rather more confidently than ever her writing manages: for all its ability to enrapture, The Loneliest Planet's quietness is such that it feels often almost slight; so delicate are the whispers of Loktev's insights that they seem nearly lost in even the quiet aura of the wild.