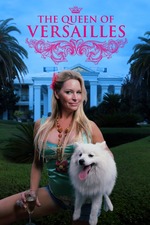 Real estate magnate David Siegel was only too happy to allow documentarian Lauren Greenfield access to his personal and professional lives when he launched construction on Versailles, a recreation of the French palace and the largest single-family home in the United States, in 2008. By 2010, his fortune in startling decline in the aftermath of the financial crisis and his palace—not to mention his business—about to be lost, he was not quite so keen. Greenfield rises to the challenge of this extraordinary opportunity, adapting her film to the winds of chance and making of The Queen of Versailles a succinct microcosmic encapsulation of the America of today. Expertly edited to cheekily juxtapose the Siegel’s new “modest” lifestyle with that of their Filipino nanny and the 6000 lost employees of David’s company, it’s a documentary that never allows the seriousness of its issues stand in the way of audacious fun, blending stirring social commentary with appreciable ironic comedy.