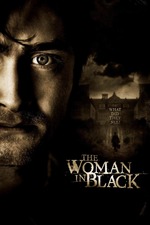 Given its abundant critical lauding as the triumphant return of Hammer horror, it was perhaps inevitable that I should be at least a little disappointed by The Woman in Black. The Hammer horrors, at least those of them I've seen, are vibrant films that—though rarely scary, per se—possess immense character and confidence. This, alas, has little of either. An uneasy combination of the old-school storytelling associated with those films and the jump scare obsession of modern genre outings, it abandons just about all camp and colour, allowing the film a darker atmosphere but essentially leaving it only dull and drawn out. It's clear that everyone involved is really trying, but a horror story this familiar and this unoriginally told has no place in the world of today.