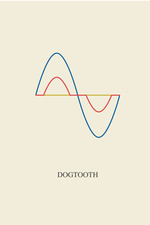 For the purposes of this project this movie is classed as at least partially being of Greek origin as per its listing on imdb.

I cannot describe what I think I just saw. My mind struggles for comprehension. I am exhausted. I feel like I have been repeatedly struck by a large stick for the past 90 minutes. A new friend recently referred to Vincent Gallo's Brown Bunny as the most bizarre movie they'd ever seen. I think their brain might explode if they saw this.

So this family, they choose to create their own world for their children with their own rules and their own meanings, they build walls both physically and mentally and keep their children within their compound despite them being adults. That's the premise. It doesn't sound too bad really.

Giorgos Lanthimos takes this entirely unreal, unknowable, incomprehensible to at least 99% of the world I'm sure, scenario and films it in the style of Michael Haneke et al. It is this contradiction between natural realist cinema and a subject matter that is unfathomable that causes your brain to react in this manner. He's just so matter of fact about it all.

Much like the work of Haneke you can take a thousand different readings of this film, you can believe it is a political statement, you can see it as an allegory, you can even watch it as a documentary of an evil man but if you watch this film and aren't affected or moved, even if it's to nausea, you probably weren't paying attention.