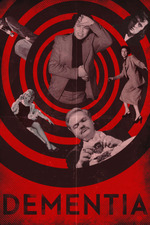 [Note: Being that there are many different versions of this film available particularly via internet, I wanted to note that I watched the original version with intended score and no added on voice over narration]

It would be honest of me to say that I was genuinely expecting more from this short(er) feature length oddity from 50's Hollywood. Maybe given the build up, screen shots, synopsis, and a few other people's reviews of the film that I was in hopes of pure celluloid fantasy. Being purported as both horror and experimental/ avant garde style filmmaking, I was intrigued from the very beginning. However the end result was drastically different from what surreal expectations I had.

The film was not that strange and in fact felt overlong with a lot of filler. With the material as it stands (aside from my failed expectations), the film could have worked much better as an actual short film of anywhere between 25-30 minutes in length. And besides a crafty graveyard sequence, there was not enough surrealism or experimental touches that I was promised.

That is where my personal disappointments stand but Dementia is by no means a bad film in its own right. In fact with the right accompaniment of music (the film's original score) and the chiaroscuro lighting, the film carries a heavy noir appeal and moody atmosphere. Overall though my complaints spawn from the film simply being something other than what I wanted it to be. This may have felt Lynchian (before Lynch) back in the 1950's but it does not now.... unfortunately.