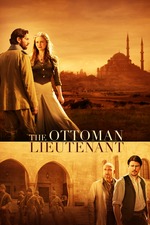 The film is not only cheesy and poorly directed but also Turkish propaganda.

Form: The directing promotes unnnatural and weak performances. The actors all deliver their lines off-key and move awkwardly. The script is conventional in every way. Not a single surprise in the unfolding of the action; act 1, act 2, ...; typical melodrama  scene, followed by another one. The only redeeming features are the cinematography and the art department.

Content: This movie is an effort to promote the denial of the Armenian Genocide: The characters identified as Armenians in the film are bandits, "considered heroes among the Armenians" to quote a character taking the defense of these characters if you can call further racist defamatory remarks that. It would be like one character saying: "All of the people in this minority are rapists." And another character jumping in and saying: "No! You've got to be fair: In their culture being a rapist is a good thing." It sounds like this person just defended their actions but in fact they just said that it's not the individual person's fault, but the culture of an entire people. Still racist. The Ottoman Empire clinic is portrayed as idyllic, better than in the US, where they have racial discrimination. Does anyone catch the irony here?

Reading up a bit on this now (after a first surge of self-doubt), I have to side with Variety who published a review stating:

in this primarily Turkish-funded production, the historical, political, ethnic and other intricacies — not to mention that perpetual elephant in the room, the Armenian Genocide, which commenced in 1915 — are glossed over in favor of a generalized “Whattaya gonna do… war is bad” aura that implies conscience without actually saying anything.

He Walked by Night