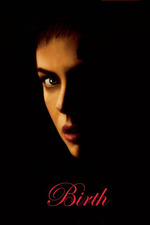 All I want to talk about is the depth of Desplat's score.

In a very good movie, the score transcends to greatness and both adds to the most interesting and mysterious parts of the film and builds intrigue completely out of nothing. Its not just because its beautiful or sounds nice or whatever, its that the score is actually, actively, commenting on the film as it runs. Its a score that tells us we're going to get answers and easy solutions. Whether we do or not? One of those things may be correct, depending on if you agree with certain criticisms of the ending. Its really unlike anything I've ever seen...

...and that is because it is mostly a complete contrast to what we're seeing on screen. Its often not conveying what the characters are feeling but the opposite. A score that could be described as happy is juxtaposed with constant feelings of uneasiness. It is upbeat. Cheerful. Its a type of score we hear in children's movies or family films.

There's a scene where Danny Huston is looking out the window, obviously bummed and interestingly reflective, and the score sounds like its something out of a holiday movie. Its almost laughing at him. Standing back, outside of everything, all-knowing and pointing and laughing. The score forces us to create backgrounds for characters in our heads that aren't supported anywhere in the film. It has me questioning Huston's past. Is he complicit in this? Does he know something we don't? Is he a bad guy?

There are numerous scenes like that in this film. Until there's not. Until we know something, or, until Sean is told something. Then the score cuts all of that out. It becomes 'of the film' from there on out instead of outside of it. I don't know if this was a deliberate choice, or if it was what that means, but, ya know...movies.