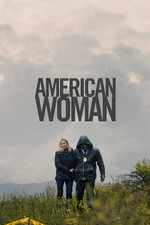 Wow!! Sienna Miller did that!!

What an incredible turn for Sienna Miller. She has always been so under-utilised, so under-appreciated, so overlooked and underestimated, but not anymore. It’s so strange that this performance has come after she’s been so famous for so many years, has acted in so many movies and done so much already. It’s the kind of performance a young actress makes a name for herself with at the beginning of her career, yet Sienna is making it halfway through hers. Either way, I was incredibly impressed, and I sure hope that this is perhaps a new direction for her. More movies that let her be as good as she actually is.

The film itself is also excellent, but really it wouldn’t be as good as it is without Sienna. Seriously, one of my favourites of the year and easily top 5 pieces of acting I’ve seen this year.