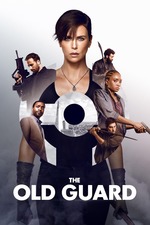 The biggest problem with 'The Old Guard' is that they don't seem old enough. These are immortal beings whose speech rhythms, worldview and interactions with outsiders come over as contemporary, even hip.

Compare this group of four (and the newbie whose induction and integration into the group marks the main through-line here) to the True Knot in 'Doctor Sleep'. That particular group of immortals seemed genuinely otherworldly, and existed at a remove from society, it's values and moral imperatives. I didn't quite get the same sense of timeless distance here. The movie is fun and entertaining, but never eerie or as off-the-leash as the premise would imply.

Perhaps that's deliberate. The best way to view and evaluate 'The Old Guard' is, ultimately, as a pilot for a new Netflix action franchise. There's a lot of untapped potential here for sequels and especially for prequels. The strongest scene in the movie is an emotionally wrenching middle-ages flashback involving an iron maiden tossed from a ship into the ocean. It's here that we get a level of visceral horror and pain that the rest of the movie struggles to match, despite a third-act heralding switcheroo of allegiance and the imparting of some tragic backstories. It's never not entertaining, but when the previous adventures of The Old Guard, illustrated through flashbacks and even still photos on a chalkboard, are more interesting than the functional nasty-big-pharma A-plot, you know that this is a movie that's holding back.

The frankly smug ellipsis at the end would indicate further helpings for these immortals, so what we're ultimately assessing here is a two-hour hook, like a free sample that's dished out to passerby outside the food court in the mall.