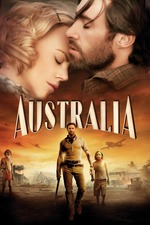 I was hoping for another breathtaking post-modern masterpiece, instead I got a feeble epic attempt; beautiful cinematography, don't get me wrong, but just a plain and unnecessarily long film.

The Somewhere Over the Rainbow motifs were cute though.