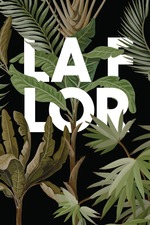 So that’s why I haven’t logged anything in a bit. With more diligence I probably could have knocked this out in two days, before work/life could intrude again for a couple days before the next free evening. The two days marathon would have been ideal too because the longer you sit with this through its variations the more this becomes (how to put it), like breathing, as light as air, an experience less about working toward the end or a stopping point than simply a naturalized experience of cinema as being. A whole world unto itself. It’s too full to hold together; how else can you signify it than to draw how it’s shaped and say what that looks like(?) – a great joke on this in the meta Episode IV as the name of the project is “The Spider” only to be completely, and wonderfully, ambiguated by the end of the episode. Watching, once I got into it, a sense of excited peace settled into place, which isn’t necessarily due to duration, but rather for its own protean and playfully undetermined expressions, and the knowledge it has all the time in the world. It, and the scope of the project, only really clicked for me a little ways into Episode III (I was quite enjoying it before then) in the Dreyfuss portion. Like him, you have been taken, stunned, transported, and are oddly giddy about it. Somewhere in the Southern Hemisphere, all the constellations have been turned on their heads by a waltzing quadrille of Scheherazades. A concatenation of stories whose only continuity, besides the four lead actresses – Elisa Carracajo, Valeria Correa, Pilar Gamboa, and Laura Paredes; absent only in Episode V – are like the subtle imprints (or inversions thereof) left on a lower page from a trace performed atop it, e.g. Carracajo is a sort of kingpin in Episode II and is the team leader in Episode III, in the same interval Gamboa goes from a vociferous singer to a mute, or in the morphology of form as this goes from mummy’s curse B-movie to genre-splitting musical/conspiracy to identity-shedding spy carousel to rabbitholing metafiction to a break from pure invention (and the actresses) to the beginnings and finally end of cinema, which is alas turned truly upon its head, feet planted firmly in the sky as if upon a strange shore with an earthen horizon. Sad to see it go.

This had a higher rating before the last two episodes (which have their highlights), but I will wholly confess that I was pretty sure I was gonna love this even if I didn’t like it by the prologue where Mariano Llinas explains the structure, which frankly, feels as if it was beamed from my brain’s most passionate pursuits around a certain age, one I still keep a torch for. Four stories without an end, one self-contained story that is a remake, and one that begins in the middle and ends the whole shebang. All as one film with the same four actresses as the axis of its armillary sphere rotation, projecting a galaxy. Calvinoesque.

Calvino himself is mentioned once in the latter part of the Episode IV metafiction as Gatto is running through the director’s diary and collection of books found in the trunk of his car. “Then, he plunged into fantasy literature. He spends a fortune there. He hoards as many as he can: The Castle of Otranto, Melmoth the Wanderer, Vahtek, The Monk, The Manuscript Found In Saragossa..., Lane’s Thousand And One Nights, Radcliffe (“Mysteries of Udolpho” shown)..., more Buzzati than Calvino, a lot of Gogol” and much more elided. We might say the mention is to compare him with a contemporary, one whose breadth of working media (graphic novels, novels, short stories, children’s books, librettos, radio plays, painting, poetry) resembles the film’s as this is its internal mimesis. Echoes to Eco. A director on a travel through hyperreality. Or grander: six cine-memoranda for the next millennium, with a search instigated by six witches in search of an author. Or maybe there’s no better representation of the director and the arc of La Flor, as depicted in Episode IV, than the blind Narcissus of Robert Pinget’s “Fable”, seeking his own scattered limbs and doomed to disintegration. Endless means without end. I must confess, pretty much the wettest of wet literary dreams, so understand, this movie had me bagged and tagged by this point. That cinematic descent into literature as fantasy that in a bit of reflexive magic trips the tain, so to speak, and looks back – made me feel seen as a great postmodern novel, or its predecessors (and as a once compulsive collector of such books), can.

“Standing under some trees, we saw some guys wearing work clothes. They had probably been hired to prune the trees or cut the grass. Or something. They were on break. Doing nothing. And then, yes. The trumpet trees appeared. There they were. And then something terrible happened to me. I had a revelation. I had a revelation, and you have to be careful there. If you are not careful, you start thinking and thinking and write just about anything and end up turning into a lunatic or a pest. And this is not about being a bore. Least about embarking on some sort of cinematographic treatise staying that the human figure this, and the landscape that. All I can say is that if you film someone next to a tree, something happens that it doesn’t if you film the tree alone.”

Ranking of Episodes (with fave highlight):
1) Episode III (Manet in “Assassins”)
2) Episode IV (crossings to Ravel ending)
3) Episode I (successive loss of focus shot)
4) Episode II (duet completed)
5) Episode V (Day in the Country over airshow)
6) Episode VI (the in camera effect shifting to the credits [I probably prefer the credits to the episode itself {by far the shortest one}])

Deep down, I probably love this more than I’m rating it (liking it). It has a way of coloring the world while life takes over between viewings. I listened to Hari Kunzru’s new story in The New Yorker, “A Transparent Woman,” on a run while still in the third episode and began to confuse plot points with that story afterward.

Something to posit, unformed, on what Llinas is doing with the structure and actresses. Their personage becomes a kind of precipitate to the chemistry of the changing form, which in itself, becomes a subject, then becomes reactionary to this, then back to them again. How else to explain it? Maybe the best way to express it is that they are magical witches that cannot be captured or controlled, frustrating the director’s vision, as in IV. Something of the elusivity of Irma Vep in this.

The first shot of this gets into its structure before Mariano Llinas explains it himself to the camera. It is of the bare scaffolding for two roadside billboards against the horizon. Back-to-back, one scaffolding for each direction of the road; to see and look back. This location is a place of edification where the director can check in with us a couple more times along the road, point to coming attractions and where we are on the ‘map’, before hitting the road himself. Not road trip cinema, but cinema as road trip. I never got the sense this had any idea where it was going.

The Hart of London