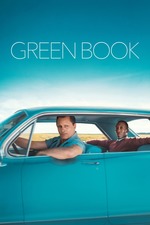 I was expecting this movie to be the overrated Oscar film of this year, like how Brooklyn, Hacksaw Ridge, and Darkest Hour have been in the past.

That I fell might be Vice this year, but that might not get as many nominations as they want it to.

But I digress, I really liked this.

It definitely follows a specific formula and has enough white guilt crowd-pleasing moments to satisfy most audiences, while I really enjoyed the central friendship between Mortensen and Ali, mostly due to the strong performances of both and the immense chemistry they have with each other, even if Mortensen is such a fucking Italian stereotype that he'd probably be insulted by the meme, and Ali is such an eccentric gay stereotype.

Also, it's like this movie seems to queerbait as well, as itt's just brought up, then never spoken of again. The ending also ends so abruptly as well. It's hard to end a movie with an over the shoulder, but okay, I know we needed to get to the end to see where everyone ended up.

It sounds like I hated this movie, and making fun of it, but I did actually enjoy it. I was never bored, it felt more like 90 minutes then 130, the actors are all pretty great, the writing, for the most part, isn't half bad, and it isn't as much of a slapstick comedy film that the trailer (the one I've seen in front of every movie since TIFF) then I expected.

Even if I know why this was made and what Uni was going for as well.