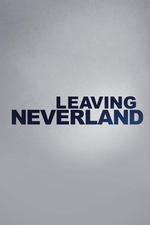 i'm halfway through part 2 and i keep having to stop watching to just sit and look at a blank screen or a static twitter timeline just to let everything these men are saying sink in. this is hard to stomach. and not because it's graphic in description - because it is, but more so part 1. part 2 is just heartbreaking.

i keep imagining how i would feel if my childhood idol, who i've never met before, did this to me and it's impossible. i can't conjure that image. would i have let them? and not have told anyone, for so many years? i honestly, truly don't know.

wade's account of his experience has effected me the most, i think. the denial he pushed onto himself and his family just because it was too late, he had his career and his life now, and telling those truths would ruin everything for him - just like michael told him they would.

when a child trusts an adult, that trust is hard to break. this man abused that trust on so many children. i'm finding it extremely difficult to look at him, his name, hear his voice on these tapes, without wanting to cry.