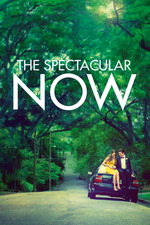 A coming of age film in the indie filmmaking world is the equivalent to a comic book film in the hollywood world.

They are the backbone of their respective industries and can be hit or miss and are rarely transcendent. Basically all the coming of age films are trying to be The Graduate/Hughes' films and the comic films are all trying to be like Batman (either Burton's or Nolan's).

Casting and acting are usually discussed together. They are separate though. Miles Teller, the lead in this film, is great casting but only decent acting. Shailene Woodley is also well cast and she gives a pretty good performance. They both have an awkwardness and a certain unexpectedness to their performances. The rest of the cast are extremely well put together with one immediate stand out for the acting. That person is Kyle Chandler who should be a shoe in for Best Supporting Actor this year at the Oscars. The moments he has are by far the most heart wrenching and watchable scenes in the film. Basically I'm saying this film is really well cast, but not all that well acted. And then Brie Larson is weak casting and kind of a weak performance. First of all she is way to old to be kicking it with these teenagers. She looks like a fucking woman in every scene she is in while the rest of the kids look like teenagers. She also has a weird way she talks to Teller's character. She's either crying or being weirdly disinterested. And then she hugs him at the end and it seems like they love each other.

James Ponsdolt is the director and he recently did Smashed, another film about alcoholism. Both Smashed and Spectacular Now have alcoholism as the main antagonist to the could be happy couple. I'm safely saying that his version of alcoholism is some of the best on screen version I've seen in a while. Obvioulsy he must have a connection to it and he brings his experiences to the screen in a real and nuanced way. This is not some shitty student film where the guy is just drinking a bottle of Jack Daniels in the shower(like this review if you've seen that before).

The story is great, the characters are great, the setting is great, the people all feel real, the cars feel lived in, the hangouts feel like hangouts. It's a very unglamorous high school movie which is really refreshing. The main character has a couple of neck hairs that he missed shaving, and Aimee Finecky never wears make-up. Sutter's main friend is also a nice surprise because he's not an archetype or a cliche.

The concept of a coming-of-age movie is pretty basic because of what was laid down by The Graduate. You have someone who is lost, looking for something to guide them through to a decision, meet a girl who throws their world upside down, and together they go and live a changed life. This works well in movies like Eternal Sunshine, Harold and Maude, Almost Famous, Say Anything, and a host of others. It has worked poorly with the majority of the genre. What The Spectacular Now does is switch up the outlay slightly by making our protagonist a popular kid who thinks he knows exactly what he wants to do. And also we get a girl who is far from a Manic Pixie Dream Girl. This is an extremely well thought out, mature, emotional, real script with a lot of time spent on character development rather than turmoil.

This film also looks exquisite. Smashed was shot on an Arri digital camera and I thought that film was shot on film. This film is looks just as great even though it's also shot digitally and I never saw anything has the over contrasted, smeared look of digital. But I think the beauty of the images doesn't really connect so much to the story. But it looks great and I really appreciate the craft of the cinematography. But that is one small problem I had with the movie. The score also didn't really jive with the look of the movie. Also the idea that this is a throwback to Hughes' films is kinda bullshit because this really doesn't have any of that signature crazy energy, bright music and clothes and gags. It's a serious film. This is the sopranos for fucks sake.

My biggest gripe with the story is Aimee Finecky's complete lack of questioning of the drinking that she and her lover are doing. To go from a caged creature going to book clubs and after school meetings to drinking while driving and getting her own flask feels very strange. There was never an a->b->a moment of "I don't know if I should drink this right now" to "Ok I'll do this with you" back to "I think this is a bad idea." She really has no direct interaction with Sutter's choice to stop drinking. Yes he stops for her, but she never mentions it or even brings up the theory of him stopping.

But really this movie hits all the right notes for me. Besides some rough performances and some lacking character motivations the emotional push of the film is just great. The last 15 minutes are exceptionally heart breaking.

I don't know where this will fall in the history of great coming of age movies. But it doesn't really matter, it's a really well done film with a lot to admire.