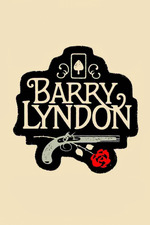 This is a film I have been meaning to watch for quite some time, and yet I have put it off at every opportunity as it was quite intimidating. Now unlike many on Letterboxd, I have no resentment of period dramas, yet I am not embewed with any particular love for the genre either. Rather it was the 3-hour runtime which chilled me to my core and prevented me from watching Barry Lyndon. Until, of course, this very day. And what a film it was.

Kubrick's knack for photography is unparalleled to this day, as every shot is a purposeful painting full of passion and prose, and drags one into the frame and they feel the cool wind on the Moors and smell the mud and moisture on the air with every scene. Every piece of Barry Lyndon, from its cinematography to score to screenplay to its immaculate performances, comes together perfectly to form one of the single greatest pieces of art from the 20th century, a portrait of the life of a pathetic man failing upwards across Europe until his end, just as pitiful as he. What a special film.