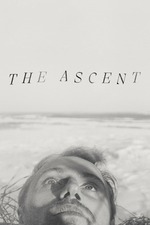 Russian WWII films are a far different breed than American WWII war films. The two countries that are citied with turning the tide against the Nazis were able to do so for very different reasons, and their movies reflect that. For the US, it was artillery and manufacturing, for Russia it was the number of bodies they could move to fronts, to sacrifice, to outnumber the Germans in mass. Where American WWII movies are frequently heroic, Russian WWII films are about the the horrors the massive groups of men see, the unfairness they face, and any pride of being at war is youthful and long drained by the end. It puts singular faces to the jaw-dropping number of 27 million deaths in WWII that the country suffered. Seven million of those deaths were soldiers, compared to under 500,000 for the US. And the difference in types of films made around this war become clearer. It speaks to the sheer loss that the country suffered. And The Ascent is a monumental addition to a long list of Russian films that are the best WWII films ever made.

Larisa Shepitko's film follows two Russian soldiers as they search for food and allies in the snowy back country. One takes care of the unprepared other (getting him a hat, for instance) and those roles change once they are taken by the Germans and tortured. One soldier fashions a story to save his life and tries to convince the other who is too proud to give a single word that might make others view him as a traitor. The soldiers earlier interactions on being prepared to march off for days in the cold manifests itself in the opportunity to be branded a traitor and live or whether it’s worth holding that country’s dignity until death.

Aside from the stunning cinematography, it’s the economy Shepikto’s understanding of both men that lands the thudding blows of nationalism and humanist tension from such a simple survival story. Shepitko has few films available in the states, but the two from Criterion (The Ascent and Wings) are stunning; unfortunately, she passed away in a car accident soon after this film was released in her home country. And her husband, Elem Klimov, draped in grief, would make perhaps the most complete and completely harrowing WWII film from any country, in the next decade, Come and See.