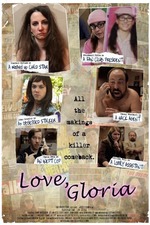 Saw this as PRETTY BAD ACTRESS, and the basic plot was that a former child star is trying to get her career back, and she is kidnapped one day, along with a young girl that sees the crime, and while they're trying to get free, her agent feels she's faking the kidnapping and trying to use the buzz to get her work.

It's pretty low budget, and it feels it. Sets feel like they were just thrown together a few hours before, and while there are some name actors in this, the lead kid actor isn't all that great.

It was fun to see the lead actress is the little girl from STAY TUNED all grown up. I used to watch that movie a ton growing up.

There isn't much funny here either, and the twist actually kind of hurt the film for me, as it made me think less of one character.

Maybe had this movie had a better budget, it would've worked better?