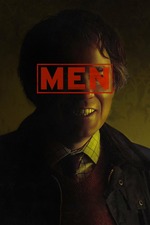 With each film he makes, I start to fear Alex Garland is losing his touch. With a debut as fucking stellar as Ex Machina (10/10) to a pretty unique and visually compelling ride in Annihilation (8/10), we arrive at his third film, which upon first viewing to me, is an overly heavy handed, sloppily paced, allegory for something he's already tackled, with no real semblance of a singular visual direction (albeit with pretty good performances to hold it up).

A lot of the greatest filmmakers tend to make the same film over and over, in different packages. Kurosawa did it in all his works, with the idea "the wouldn't the world be nicer if we all cared more for one another?" Kubrick, Nolan, Koreeda, Larrain... They're all retreading grounds of inspecting humanity, time and space, family relationships, intimate portraits respectively... All themes that they are passionate about and greatly informed on. Garland's all focus on religious undertones yes, but also focus on female characters who are defined by the way they are treated. If this were his only film, I'd probably applaud it more, but being something that follows two pretty fantastic movies, and are all three so similar in theme / takeaway... It leaves a lot to be desired from Men.

Definitely not as bad as some people are claiming. I do think Harper's arc is realistic, and the concept of having the same man play all the manipulative and accusatory roles they do in a woman's world anyway is done very well. Plus that final scene I'll never be able to erase from my eyes. The only reasons I wanted to see this was because I enjoy studying a director's progression (recently fascinated by case studies of Eggers, Chazelle, Myers, etc.) AND because my honey wanted to treat me to a movie date at the Alamo <3 This watch was worth it for the time I got to spend with her alone. Go check out her review too, I think she liked it more than me.