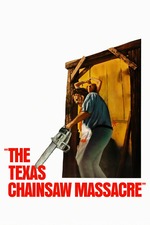 "The film which you are about to see is an account of the tragedy which befell a group of five youths, in particular Sally Hardesty and her invalid brother, Franklin. It is all the more tragic in that they were young..."

You know the rest. And so begins one of the most unsettling movies of the '70s, The Texas Chain Saw Massacre, a film that I admit I didn't always appreciate. Other horror movies are definitely slicker looking, with more special effects and gore. There are definitely other films with more of a plot. After all, five people stopping at the wrong house while on a road trip isn't very complex. But, it's exactly these things that make the film so disturbing.

It isn't polished. It looks and feels very much like a documentary or even one of those fabled snuff films we used to hear about back in the day. The fact that aside from some of the "family" I've never seen anyone of the actors in anything else does nothing to dissuade that feeling. Watching Marilyn Burns run screaming through the woods as Leatherface chases her with his chainsaw revving creeps us out because we can definitely see ourselves reacting the same way in that situation. And unlike many horror films, it's not a far-fetched situation to find oneself in.

I also have to make note of the score. It's one of the creepiest I've ever heard and I'm not the least bit surprised to find out that it contains slaughterhouse sounds.