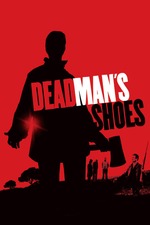 Really not an awful lot to say. Well made to an extent considering the budget, fantastic lead performance, alright dialogue in paces, fairly well paced, good use of a twist.

On the other hand it literally is just a dark revenge flick. There’s no moral conflict, there’s nothing it’s trying to say apart from “doing this is bad and if you do it then you’ll get karma”, literally the entire audience already knew this message as we’re not all class A cunts. Characters are extremely one dimensional and any glimpse into anything remotely different or interesting in them to explore, they never went into, even the main character. It tries to stand apart from those classic revenge action flicks by adding some ridiculous music to emphasise “this is a sad scene” or just being made as a drama with something to actually say but it feels like there’s nothing under the surface to explore. Maybe i’m missing something i don’t know but it’s literally just a man going round getting revenge and not even in an interesting or clever way. The main point of it just being borderline empty or incredibly basic in meaning is so bizarre considering Shane Meadows went on to make This Is England which is the complete opposite.