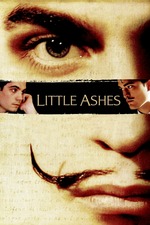 guess he uh really likes uhhh getting into character uhhhhh

uhhh yeah i never want to see him jerk off on camera again are there any other movies where he does? pls say no.

the story was kinda there? idk. it never fully fleshed out what was going on imo and they casted too many similar looking people. yeah, they may have all had dark hair irl but for the sake of the movie they could have added a lighter brunette or something.

also some of the scenes didn’t flow. this is something i’ve never noticed before but yup some scenes just felt so disconnected (?) from the ones before/after it. maybe that’s just me.

this may be some people’s thing. i know this was more of a romance but for once i hoped that they would focus on something else for a while.