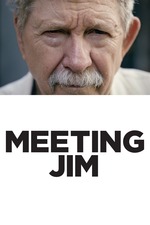 "People often ask me if I will go back to America or will I go back to Scotland or I'll go back to London. And I always reply that you can never go back anywhere, that life is a trip through time and space and you can only go forward. So if I go to Scotland or London or New York or New Orleans or anywhere, I'll be going forward to it."

I did not know who Jim Haynes was prior to watching, but I'm glad to have met him, if watching this documentary can count as such. The man exudes a genuine reverence for humanity, embodies the idea of what a 'world citizen' really is, an open-mindedness that I myself aspire to always have and maintain. He was not famous famous but appears to have had a positive impact on everyone who knew him, and there were many. His reach extended beyond people directly and onto his community and the social fabric at large; his immersion and devotion to the worlds of publishing, theater, and the arts in general is inspiring.

He's "the man who invited the world to dinner", proposing and implementing the idea of a 'world passport' which actually worked for a time (before it was, understandably, kiboshed). He had a collection of address books for dozens of cities and countries. Yet these are merely footnotes in the film, as though they were just another example of Jim's' personality and outlook.

Usually I tag the country of the film I'm writing about, and it's very fitting that 'Meeting Jim' cannot be pinned down to one. I learned that Haynes passed away earlier this year but if this documentary is any indication it seemed like he lived a fulfilling and extraordinary life that one should only be so lucky to live.