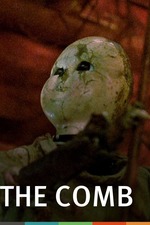 A LOT of films feature dream sequences, or focus on dreams. Very few (that involve dreams or are at least partially set in them) get that dreamlike quality right, and actually feel real (and there are few things more dispiriting than an artificial, forced dream sequence that's stuffed with nothing but exposition and symbolism 101) - even rarer is the film that captures that weird sense of tenuous linkage between the waking and dreaming world, and that strange sense of worlds passed through in the moments when you're no longer fully asleep, but not yet fully awake--and then you wake up and forget them, of course.

That Quay and Quay capture this in a short film is pretty remarkable. The level of craft, the mixture of color and black and white, the strange voices on the soundtrack, the use of space and depth, the way the camera focuses and loses focus and refocuses--all combine for an incredible level of craft that would be worth acknowledging even if the end result wasn't as evocative as heck.

Plus, this thing is creepy. It'll stick with you. I know it did for me. Ladders all the way down.