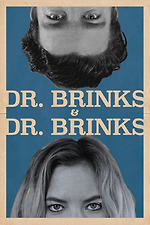 My lovely friends Josh and Kristin made this film and it's finally getting a minimal release after struggling to get much festival play. I can only assume that's because the film is rough around the edges, modest and tackling none of the issues relevant to the current broader cultural conversations.

But it's also wonderfully acted, thoughtfully directed and smartly written. I worry that festivals today are too concerned with programming films that have the potential to make waves or get sold that they are ignoring films that are investments in their creators. Hardly anyone hits a home run at their first at bat and my group of peers a decade ago greatly benefitted from forward-thinking programmers like Matt Dentler, Holly Herrick and Doug Jones, who weren't afraid to make those investments.

Shout out to Eric Allen Hatch for fighting the good fight and see this movie if you can. You'll be able to say you were fans of Josh and Kristin from the beginning.