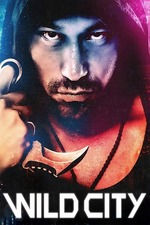 Although he has been absent for the past 12 years, there is only one fundamental aspect of Wild City that would indicate the long hiatus: it is an old man's film, it is, once again, about the weight of time and changes in Hong Kong that essentially keep it the same, with faults that appear less and less circumstantial.

Nonetheless, Lam does not let the lost years transpire on the screen, neither does he attempt to justify his return, or ornate the project, with anything beyond the necessary. It is so confident of what it needs to be that Wild City could be taken as just another efficient exercise by an experienced director with nothing left to prove, though it brings valuable contributions to a career-long process of investigation of its nuclear issues.

It is a rare level of confidence (for any director) that allows him to interrupt a chase scene in the middle and give us short flashbacks with details lost in the more direct form it was initially presented. Three flashbacks, actually, different perspectives on a quite simple and linear action. It becomes chaotic. This kind of formal playfulness is constant throughout the film. Lam is quite fond of withholding small informations within a scene, often returning to the same flashback/flashforward device, purposely shambling expectations created by an impersonal take on its movement and character exchanges.

Wild City is first and foremost about perception. Louis Koo plays an ex-cop who lived through the same stuff that Lam's other protagonists have, but is now retired. The film opens with Koo's disillusioned monologue on the state of things, looking at that world from the same position of the director, from the outside, from the point-of-view of someone who once lost the capacity for understanding his means and surroundings and now tries to avoid it, but can't, something greater will inevitably make him return to that state.

Wild City is not much different from Lam's own Full Alert (which he calls the predecessor in a spiritual trilogy, alongside City on Fire), it is even more straightforward, storywise, but with a newfound identification with the character's position, therefore, the constant deviations feel much more natural than before, approaching the exact same tropes - probably the reason to force a deceptive "reading" of specific scenes, to be cleared later on. There is always a desire to look from the outside when the situation does not concede that opportunity, but, unfortunately, that conscience does not make a difference.

The glimpses of the external, of the whole, of the incomprehensible mechanisms that have always led Lam's characters to compulsive violence, are similar to the opening shot, establishing Hong Kong's skyline by superimposing it on the lines of a 100 dollar bill. Again and again we will see free associations like this, revealing nothing of such mechanisms except those of the film, the little that can be understood by the experience of the characters, which appears more limited than ever before.

It is a fragile divide between the clarity of their actions and the chaotic schemes. The more we can see, more enigmatic the world becomes. The false stability given on the prologue starts oscillating between extreme artificiality and asperity. The sterility of the ambience and excessive "digitality" of the photography are suddenly broken by the blood of a stabbed man filling the frame (red was unseen before), or later, the crashes during a car chase are directed at the lens. Any sign of life (or death) in the image is disruptive, the scheme is imperative.

Even Lam's conflictive and dynamic group shots seem absent most of the times, which captured signs of ever-shifting positions of power within them, for they are not shifting anymore, not even on a personal level. There is an overbearing power structure transpiring at every interaction, but instead of being synthesized or changed as we approach the ending, its means become increasingly mysterious. Even characters appearing to be in control of the situation are brought down and end up trapped in a larger, remote, inhumane system that no one comprehends. In Lam's past films, the politics was abstracted to the level of the characters, in Wild City it is beyond reach, the city's workings are beyond understanding, but the hero acknowledges his condition, both he and the villain, whatever power their exercise lies in their capacity for observation.

Often an action is shown through fragmented perspectives, as mentioned before, cutting to surveillance footage, phone cameras, tracking devices, all kinds of digital mapping, "Hi-Def, crystal clear..." For whom? For themselves, for their illusion of control? In Looking for Mr. Perfect, Lam's last Hong Kong production, the roles assumed in the caper imploded and, by the end, they didn't know why they were still performing. The initial purpose of the set-ups and the surveillance devices were justified only in themselves, blurring the sight for the situation, for the developing relationships. Along with In Hell, pornographic in its images of abuse, the vicious pursuit of unattainable control was taken to an extreme. The next step is the aforementioned "acknowledgment", obtained by a few in the past, even before the tragedy is announced.

Themis is blindfolded, the broken statue is not merely a symbol for absent justice, it is juxtaposed to the dying antagonist's eyes wide open. The McGuffin here is nothing but gold, pure, changing hands. When the final confrontation comes, it has lost any of its persuasive power to those men, they refuse to let lives be reduced to their exchange value. They are able to perceive their position, but conscious they can't change it. At some point, the hero utilizes such devices to stage the scene, to trick the enemy. The fleeting sensation of control culminates in the same violent confrontation that shatters Justice.

Being able to look means comprehending what has already past, because the real worth of things isn't felt until they have been lost. Acting upon it inevitably leads to compulsion, therefore, compliance with the system, they can only look when they can't act. There is also an arbitrary nature to the proof of value, like the ridiculously artificial composites for Tong Liya's memories, achievements that stay in the image, with their shaping exposed. The real, small, miracles were details ignored to keep the plot going.

The consolation at the end is a "good citizen award". The hero sees order being reestablished when it seemed impossible but, in the process, unknowingly, is again swallowed by the urban landscape. He does not succumb to the vile impulsiveness that characterized Lam's past work and is granted a future, although, very much like Sam Peckinpah's men, not being able to escape their surroundings, not consuming it all with death, being dissipated in the mysterious workings and all-encompassing corruption of the city is the actual consummation of the tragedy.