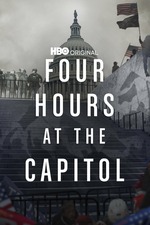 Trump lost the election, idiots. It wasn't even that close, relatively. There've been thirteen presidential elections where the victor had a slighter share of the electoral college than did Biden, including Trump in 2016. By the popular vote margin, Trump's defeat is even more pronounced, with Biden having the 11th highest victory margin yet. In 2016, Trump lost the popular vote by a larger margin than all other presidential victors except for two of the most contentious races in the 19th century, one of which was decided by the House and the other by a deal to end Reconstruction. Yet, according to polls, most Republicans believe that Trump won the 2020 election. That's delusional.

This "stop the steal" nonsense by insurrectionists who broke into the Capitol to disrupt the democratic transfer of power--themselves trying to steal an election and something that continues to take place across the country, perpetrated by Republicans, in state legislatures and locally by rigging the system of election officiating-- seems to be some sort of psychological projection. It's not an isolated phenomenon. These are people who do all of their own "research," yet apparently lack basic critical thinking skills as they fill their heads with social media misinformation. Alleged "patriots" who commit treason. Chauvinist Proud Boys pretending they're protecting women--presumably including those shot and trampled to death in their attempts to attack members and staff of Congress during their desecration of the Capitol. We're talking about a cult of personality here for a former president who rants about his supposed intellectual genius and mental stability. Smart, confident people don't do that.

It makes me wonder about the QAnon conspiracy theorists and their supposed crusade against sex trafficking of children, for which one of the interviewees in this documentary babbles about at one point, as if no one ever thought to try to do something about such crimes until the "grab 'em by the pussy" guy came along and as assuredly aided by his acolytes like Representative Matt Gaetz, currently being investigated for sex trafficking of minors, and the QAnon movement founded on the message boards of websites that--guess what--also trafficked child pornography.

Anyways, my point is that, sure, it was largely a violent fringe element that rioted at the Capitol on January 6th, but the majority of the Republican party supported and continues to support what happened. It's as though if after 9/11, one of the parties was full of the so-oxymoron-called "truthers" who continued the anti-democratic work of the terrorists by (so far) more peaceful means. I guess the U.S. has endured periods of one-party (semi-)sanity or electoral dominance before (the supposed "era of good feelings" of Democratic-Republican control, the GOP in the immediate aftermath of the Civil War, and the era of FDR's New Deal), but it's dangerous. What happens when there are even fewer to none Liz Cheneys, Adam Kinzingers, or Mitt Romneys left to offer some hope for the party. I mean, how long did Lindsey Graham stand up against the Trump cult after the attack--was it one day? Representative Kinzinger, another of the interviewees in the doc, isn't wrong that his colleagues know better (well, OK, some of them may not); they're merely unprincipled--surrendering to being hostage to an undemocratic cult of personality and conspiracy theories.

So, the euphemistically entitled "Four Hours at the Capitol" is a flawed documentary, but at least its splitting time to include interviews with the criminal looney bin got me thinking (and annoyed) enough to rant here a bit. Still, describing in text the guy who smoked marijuana in the Capitol as an "activist filmmaker" is BS. Granted, the filmmakers here underscore the irony of the interviews with the visual footage, but, such talking heads add little while largely undermining the tremendous amount of footage shown. Overall, I didn't learn much here that I didn't see live that day and on the news in the subsequent months since. A PBS Frontline documentary exploring the fascist groups behind the attack, "American Insurrection" (2021), or the New York Times investigation that offers a greater and better editorialized examination of the raw footage, "Day of Rage: How Trump Supporters Took the U.S. Capitol" (2021), are preferable watches. It's hard enough to get through one of these as it is, although I probably stopped this HBO stream the most frequently due to my being incensed by both the content and presentation. It was the most traumatic attack on America to unfold on television since 9/11, so it's not an easy thing to sit through. Indeed, there are some elements of that day not covered here and surely we'll learn more with further investigations, which is why an expository documentary including such a small sample of reflective interviews as this is something of a disservice.

This is an actually scary movie for October and Halloween, but potentially more frightening is from another program on HBO, of Bill Maher's prediction for the next presidential election (see here: youtu.be/7cR4fXcsu9w).