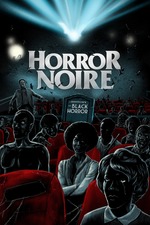 Solid talking head documentary about the history of black people in American horror films, from the racist othering of early films like Birth of a Nation and King Kong, to erasure in the atomic age, to the tokenism of the 80s, to the flowering of new voices in the 90s and 2000s, with focuses on game changers like Night of the Living Dead, Blacula, Candyman, Ganja and Hess, Tales from the Hood, and, of course, Get Out.

Very interesting stuff if you’ve never given the topic much thought, but still plenty to chew on if you have. I would have liked to see a little more focus on early black-created material like Mercy the Mummy Mumbled (1918) or the work of John Carpenter, but no time for everything. And I could watch Ken Foree and Keith David shoot the shit forever.