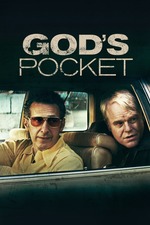 I did no research but I hope this wasn't Hoffman's last film. He did look unhealthy though. <sigh> so sad

Incredible cast. Inconsistent screenplay. I have no idea what they were trying for here. It seems like an incoherent mess.

Things happen and they don't seem to have any causal flow to effect. Its just scene after scene of random babbleness. that's a word now.

I was semi-entertained, but I ldidnt learn anything about there people and they're extremely specific niche in the world.