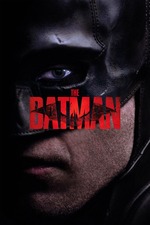 The Batman is the newest superhero film based on the titular DC Comics character, directed by Matt Reeves from a screenplay he co-wrote with Peter Craig. In this film, Batman ventures into Gotham City's underworld when a sadistic killer leaves behind a trail of cryptic clues. As the evidence begins to lead closer to home and the scale of the perpetrator's plans become clear, he must forge new relationships, unmask the culprit and bring justice to the abuse of power and corruption that has long plagued the metropolis. Before we get into the meat of this review, I need to make 2 things clear:

1. While I'll mostly keep things spoiler free, there are some things not seen in the trailers that I may have to bring up. If you haven't seen the film yet and don't want to read ANYTHING, stop reading now and come back once you've seen it.

2. This is MY review, not yours. It is not a critic's job to validate other people's opinion, but rather to explain their own from an informed perspective.

With all that said, this is the Batman movie I've been waiting for my entire life. Batman has been around for 83 years, and in that time there have been hundreds of stories told featuring numerous versions of the character across all media. While the overall quality of said stories is fluid, Batman has become so ubiquitous that most, if not all of them get at least one thing right about the character and the world he inhabits. So what exactly does Matt Reeves bring to the table? Let's just say he takes many elements from what's come before, blends them together and adds his own sensibilities to create something fresh.

As much as I love the previous live action iterations, one thing that certainly stands out about Reeves' take is the fact that he really leans into Batman's reputation as "the World's Greatest Detective." Between the inner monologue voiceover that book ends the film, and the numerous shots seen through Bruce's perspective, this feels like the perfect between a standard superhero film and a neo-noir thriller. In case you thought this film would skimp out on the action, lest we forget that this the same Matt Reeves who directed Dawn of and War for the Planet of the Apes. Without spoiling anything, I can already point to a couple sequences that are some of the coolest moments involving the titular character.

As for the performances, there is literally not a single bad apple in the bunch. Everyone brings their A-game, regardless of the size of their role. Pattinson is a GREAT Batman, and just as good a Bruce Wayne as well. Keeping in mind that this is only his second year under the cape and cowl, of course he's not going to have his head on straight. I love how the film makes a point to emphasize that "Bruce Wayne" is the mask, while Batman is his true self (and before you roll your eyes, you'll understand what I mean by the time we get to the end). I'm not exaggerating when I say this, but I think this might be Jeffrey Wright's best performance playing Jim Gordon? And the fact that Gordon has this much screen time adds to another positive that I'll get to later. I could go on forever about the rest of the cast, but for now I just want to highlight Zoë Kravitz as the perfect Catwoman, Colin Farrell truly getting lost in his portrayal of Oswald Cobblepot, a.k.a. The Penguin, and of course Paul Dano's terrifying rendition of The Riddler.

Going deeper to the core of what makes this THE Batman adaptation, here are the other two things Reeves gets right, aside from Bruce's detective skills. First, he treats Gotham City like a character in its own right. This isn't just a movie about Batman, but about his effect on the city and the people who call it their home. This is a version of Gotham that feels lived in, with a rich history of which we've still only barely scratched the surface. Speaking of history, the other thing Reeves nails to a tee is diving further into Bruce's family history. In previous live action iterations, Thomas and Martha Wayne aren't exactly fully fleshed out characters. They simply exist to get gunned down in an alleyway, and it's been depicted so many times that it's become a joke. Instead of repeating "Popcorn and Pearls" for the billionth time, Reeves takes a different path and lets us in on their lives before that fateful night, and how they tie into the bigger picture.

So even though I loved this movie, I will acknowledge that not everyone will be as enthusiastic. The film is a long one, sneaking barely below the 3 hour mark with a runtime of 176 minutes. For me, that time flew by, but for others it may feel a bit overwhelming, especially since this is filled to the brim with multiple subplots, some that are wrapped up neatly, and some left open for spin-offs or potential sequels. I only have one critique, but it's so specific that I'd rather wait till the spoiler discussion to elaborate.

Visually, this might be the best that Batman has ever looked on the big screen. Greig Fraser knows how to shoot a picture, and I just love how more people are starting to appreciate his cinematography, his use of lighting, and all the various first person POV shots throughout the film.

Last but not least, we have to talk about Michael Giacchino's gorgeous score! It really complements the film in a way that most scores aren't quite able to, because of the way they're written. From at least 2008 onward, Giacchino has worked with Reeves on all of his films, so the two have clearly developed a shorthand, and it yielded such great results.

I clearly had a lot to say about this movie, and I'm still not done. There will be a couple different spoiler discussions coming down the pike, but for now, I hope you all have a chance to see The Batman in theaters this weekend, and I look forward to discussing it in the comments below!