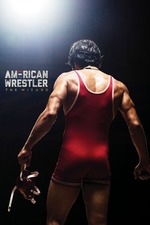 What do you get when you combine a high school film with a sports film, the two most formulaic genres of all time? You get just that — an extremely formulaic, generic, yawnfest of a film.

I mean, how fucking dumb is this film? It starts off showing us three exactly segregated caricatures in the lunch scene — the table with the blondes, the table with the jocks, and then the group that comes in that is the head honcho.

And, the fucking bitch commented on how clichéd the scene was!

That was just the beginning of the film. The movie does not get better, piling more and more predictable scenes one atop another, including "cute girl at diner as love interest", "former glory coach", "stern but loving 'father' figure", among other familiars.

God I hate this film so much, yet cannot care to give it more than an iota of thought. I'm just going to slam it down and move on with my life.

Alien Boy: The Life and Death of James…