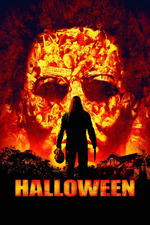 Ladies and gentlemen, I have officially hit 1000 films that I’ve seen in my lifetime! This film is a rather interesting choice for the 1000th film I’ve seen of all-time but I’m thrilled to have finally crossed that long-awaited milestone.

I realise that this film is imperfect: some performances are hammed-in, certain kills don’t do enough or reach too far, and particular ambitions don’t quite stick the landing as well as they should (e.g. that ending goes from feeling somewhat dragged out to finishing very abruptly). That said, this film is respectably ballsy and undoubtably fun. My recent rewatch of John Carpenter’s iconic 1978 original instalment was unfortunately underwhelming and made me reflect on what I now feel was missing from that original. I’m therefore pleased to report that, out of the ones I’ve seen, this is the film from this series that has been the most rewarding for my taste.

Although I’ve heard there was major studio interference with Rob Zombie’s vision for both his Halloween projects, I admire how this movie felt like it had its own distinguishing style that made it feel like an actual director made this — not a corporation. My favourite aspect of Zombie’s Halloween reboot / remake is how it develops Michael Myers’ character. He doesn’t feel like a soulless meathead — he is humanised through trauma, yet a calculated menace all the same. Thus, the writing’s grounded approach to Myers’ character makes him scarier than ever before. Furthermore, I’m actually baffled that a lot of people hate how Michael and Laurie are connected in this movie. I think it 100% works and makes far more sense to the story than whatever the first one’s excuse was for Michael chasing down an innocent seventeen-year-old girl and her friends on Halloween. I mean, I don’t love the portrayal of Laurie in this movie, but her connection to Michael in this story adds seriously necessary complexity to her character. Overall, I believe this storyline is far more interesting than the currently canon one.

I really liked how this felt like a far more realistic and haunting iteration of its classic story, that has the maturity to delight in slasher typicalities yet refrain from the sheer 70s goofiness of its widely-praised founding property. I am pleasantly surprised by how this film won me over, and I’ll probably return to it every October-or-so. I can’t wait to see Zombie’s sequel.