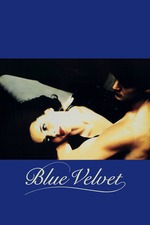 This is less of a review and more of a response/reaction to me meeting David Lynch last night.

While waiting in line outside the building where David Lynch was conducting his exclusive signing last night, I expected to start crying. I was about to meet the man who's inspired me more than anyone else and be able to have him leave a permanent work on my notebook where I write film ideas. Somehow, it didn't feel like it was going to happen and like he wasn't actually in the building.

Once I got sent into a group and walked inside, it became tough to breathe. I was in the same room as him and even though there was still an expansive line inside, I could see his hair at certain angles and almost his face. It was an intense and extremely surreal experience, then once I was near the front of the line I actually shed some tears.

Once I was summoned up to have my things signed and introduce myself, I choked on my words and couldn't believe that he was sitting in front of me. He had a cigarette in one hand and a pen in the other, with a coffee cup next to him (not really a surprise). After he signed my twin peaks CD and notebook, he looked at me and shook my hand.

Those of you who know me know that I love to make films and plan on pursuing that in the future, and I looked up my name (Daniel Gonzalez) to find that it's a infamous British serial killer (not to mention painfully generic). Months before the signing I planned on asking David what name(s) I made him think of, and now was my chance.

"Can... I ask you a question?" I likely mumbled, to which he replied "of course" and gave me a smile. Then I proceeded to ask "what name do I make you think of?", and what followed was the most spiritual experience of my life.

David Lynch looked at me straight in the eyes for about 5 full seconds, looking into his eyes was like swimming in an ocean of knowledge and I don't think I've ever felt a feeling like it. He then closed his eyes for 2-3 seconds, and answered me when he opened them.

I won't reveal what he said yet, (I plan on using my real name while I am still learning the craft), but you will all hopefully see it soon. Lynch, thank you for being likely the most important person in the world to me and the greatest director of all time. You were such a powerful and kind soul to experience being around and no filmmaker has influenced me with their body of work as much as you. Without you, I likely wouldn't be as in love with film as I am today. The world doesn't deserve you.