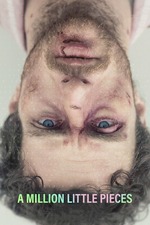 James Frey has a fascinating story. Unfortunately for him, the most fascinating (and factual) part of that story didn’t start until after he published his best-selling, Oprah-endorsed 2003 memoir about his substance addiction and subsequent rehab, “A Million Little Pieces.” Only in January 2006, when an investigative report called “A Million Little Lies” alleged that Frey had fabricated many of the details in his book, did his true legacy begin to take shape.

But while some were quick to call it a scandal and throw the baby out with the bathwater, film people were perhaps a bit more forgiving; we work in a medium that’s dependent upon illusion, and intrinsically encourages storytellers to pursue truth even at the expense of facts. Werner Herzog might argue that, if “A Million Little Pieces” was helpful or inspiring for the addicts who needed it most, then a few embellishments are a small price to pay. In other words, it’s somewhat understandable why — even after all of the controversy — Sam and Aaron Taylor-Johnson were still interested in adapting the book to the screen. Yes, a James Frey biopic that ends when he gets out of treatment is sort of like a Milli Vanilli biopic that ends when they win the Grammy for Best New Artist, but there’s nothing inherently wrong about that approach. Judging by the dull and generic film the Taylor-Johnsons have made from Frey’s memoir, there’s nothing inherently right about it, either.