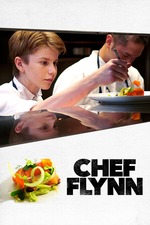 At a time when so many biographical documentaries feel more like advertisements for their subjects than they do pieces of art in their own right, it’s pretty surprising that Cameron Yates’ “Chef Flynn” is one of the few recent films to buck the trend. On the surface, it seems like it has the makings of an insufferable cinematic puff piece: This is the story of wünderkind chef Flynn McGarry, a cute little kid with a carrot-colored pompadour who transformed the living room of his mother’s Los Angeles home into a Michelin-worthy supper club when he was only 10 years old. The kitchen staff was adorable, the food was delicious, and the hook was catchy enough to earn national attention.

First there was a brief piece in the New Yorker. That was followed by a major profile in the Times Magazine, which led to a blitz of talk show appearances, stagings at vaunted foodie Meccas like Eleven Madison Park, and preliminary thoughts about penning a memoir. By the time Yates and his cameras entered the picture, McGarry was in his later teens, and preparing to open his own restaurant in the Lower East Side. For a movie about a kid who grew up making things he read about in Thomas Keller’s ultra-sophisticated “The French Laundry Cookbook,” “Chef Flynn” sounds like a recipe for artificially sweetened comfort food.