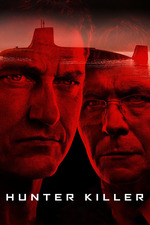 “If it doesn’t suck, we don’t do it.” That’s one of the only memorable lines of dialogue from the latest of Gerard Butler’s impressively bland action vehicles, but at this point it might as well be the inscription on a plaque that’s mounted behind his agent’s desk. Between “London Has Fallen,” “Geostorm,” and “Den of Thieves” — all real movies, this critic is tragically able to confirm — it’s beginning to seem as if the rugged Scotsman is just waiting by Nicolas Cage’s mailbox and stealing all of the most boring scripts before he can read them. On the plus side, that would leave Cage no choice but to continue starring in wildly eccentric fare like “Mandy.” On the minus side, it might result in Butler hosting a lot more press conferences at the Pentagon, where — in keeping with current custom — the actor recently fielded questions about what it’s like to pretend to serve the American people.

The Night Comes for Us