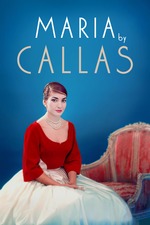 Another day, another fawning documentary about a famous musician. But Tom Volf’s “Maria by Callas” — an obsessive tribute to (and sympathetic examination of) the late opera legend Maria Callas — is of a somewhat different breed than the usual sort. Entirely composed of archival newsreel footage, performance recordings, and rare interview excerpts from when the great “diva” sat down with journalist David Frost in 1970, the film unfolds like a second-hand sketch of a phantom who continues to haunt its director.

Volf highlights Callas’ sentiment that her memoirs “are in the music [she] interprets, the only language [she] really knows,” and he respects that feeling to a fault. This was a woman who was hounded by reporters all over the world, and defined by her relationship with the press; here, she finally gets a chance to speak in her own words. And yet, it would seem as though she only has one thing to say to us: Maria Callas was unknowable, perhaps even to herself.