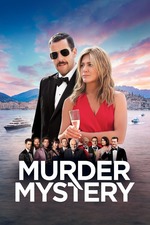 It was just starting to look like Adam Sandler got his groove back. His performance in Noah Baumbach’s “The Meyerowitz Stories” was among the best of his career, his PTA-approved comedy special “Adam Sandler 100% Fresh” was a rapid-fire reminder of what people loved about him in the first place, and — judging by paparazzi shots from the set — his performance as a Diamond district jeweler in the Safdie brothers’ forthcoming “Uncut Gems” could redefine screen acting as we know it. Sandler’s talent and creative potential have never been in doubt, but at long last it finally seemed like he was putting them to use on a more regular basis.

And maybe he is. Maybe the terrible Netflix movies Sandler churns out to satisfy the streaming platform’s deal with his Happy Madison production company are all part of a long (and ultra-lucrative) con to make people drop to their knees in gratitude whenever he decides to work with a real filmmaker instead of just churning out gristle for the content mill. Maybe that sinister plan is working far better than it should. After all, this critic has already made peace with the idea that Sandler doesn’t give a shit about most of the stuff he stars in — no matter how many paid vacations he forces us to watch, his admirers will always be hovering over the plate for a crack at his next curveball. That’s the problem.

“Murder Mystery” is the kind of lazy and uninspired trash that can only be made by someone who knows that it doesn’t matter; bad movies are made all the time, but precious few pieces of content are so content to breathe in their own foul stink. There’s a strange and unusual calm about the awfulness of this film, which glazes over your eyeballs like an Agatha Christie novel that’s been adapted into some kind of illustrated elevator muzak. There’s a serenity to how little anyone seems to care about its zero-dimensional characters, the sitcom-worthy jokes they make, or literally anything else.