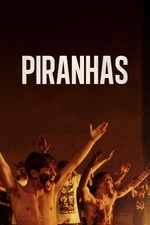 Nicola is a decent kid in a dirty world. A 15-year-old boy who’s mired in the usual mess of pubescent crises — raging hormones, idiot friends, hostile bullies — Nicola stands out for the attention that he still manages to afford his single mom and younger brother; whether motivated by love or by the unfulfilled masculinity that his absent father left behind, there’s no denying that he’s motivated. Alas, that’s kind of the problem. In most places, it might be a good thing for a teenager to be a real go-getter with ambition to burn and a savvy head for business. In the corrupt heart of Naples, which 2008’s “Gomorrah” effectively minted as the new epicenter of mafia cinema, those same traits are more like a death sentence.

A familiar but arrestingly visceral crime story with a coming-of-age twist, Claudio Giovannesi’s “Piranhas” has an unusual relationship with its own predictability. In some ways, this is a movie that you’ve already seen a million times — it’s basically the same old story about how being a gangster is fun until it’s not. From the moment it starts, most viewers will be able to make a few broad assumptions about how it ends.


But where a less muscular or damning portrait might succumb to Giovannesi’s paint-by-numbers plotting, “Piranhas” effectively weaponizes its fundamental obviousness against a naïve young hero who’s so busy eating his way up the food chain that he loses sight of the fact that he lives in a fish tank. For all of its stock characters and standard-issue twists, this isn’t a film that sinks into cliché so much as it’s a film about who swims way straight to the depths after mistaking a glimmer of light for the surface of the water; it’s not a film about how crime doesn’t pay so much as it’s a film about why certain people can’t stop buying into it anyway.